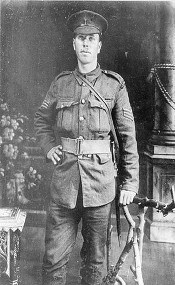 "On 31st July 1917, on the Yser Canal, Belgium, Sergeant Bye displayed the utmost courage and devotion to duty during an attack on the enemy's position. Seeing that the leading waves were being troubled by two enemy blockhouses, he, on his own initiative, rushed at one of them and put the garrison out of action. He then rejoined his company and went forward to the assault of the second objective.

When the troops had gone forward to the attack on the third objective, a party was detailed to clear up a line of blockhouses which had been passed. Sjt. Bye volunteered to take charge of this party, accomplished his object, and took many prisoners. He subsequently advanced to the third objective, capturing a number of prisoners, thus rendering invaluable assistance to the assaulting companies. He displayed throughout the most remarkable initiative."

He was a member of the VC Guard at the Interment of the Unknown Warrior on 11th November 1920.

The grave was cleaned with D2 BioSolution, as used in the USA at Arlington Cemetery, the White House and other sites. 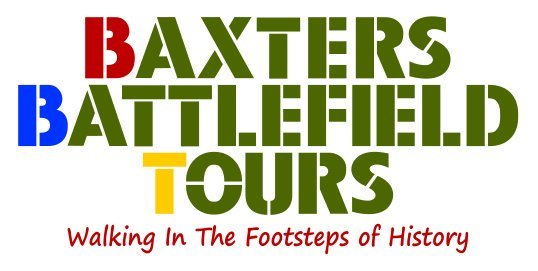 Proud supporter of The Victoria Cross Trust
Victoria Cross Trust
Unit 20 Lakeside Village
White Rose Way
Doncaster DN45PH
Charitable Company Limited By Guarantee
Registration No 08143560
Registered Charity No 1149454
Login
We use cookies on our website to give you the most relevant experience by remembering your preferences and repeat visits. By clicking “Accept”, you consent to the use of ALL the cookies.
Cookie settingsACCEPT
Privacy & Cookies Policy

This website uses cookies to improve your experience while you navigate through the website. Out of these cookies, the cookies that are categorized as necessary are stored on your browser as they are essential for the working of basic functionalities of the website. We also use third-party cookies that help us analyze and understand how you use this website. These cookies will be stored in your browser only with your consent. You also have the option to opt-out of these cookies. But opting out of some of these cookies may have an effect on your browsing experience.
Necessary Always Enabled
Necessary cookies are absolutely essential for the website to function properly. This category only includes cookies that ensures basic functionalities and security features of the website. These cookies do not store any personal information.
Non-necessary
Any cookies that may not be particularly necessary for the website to function and is used specifically to collect user personal data via analytics, ads, other embedded contents are termed as non-necessary cookies. It is mandatory to procure user consent prior to running these cookies on your website.
SAVE & ACCEPT